Life After The Tax Credit 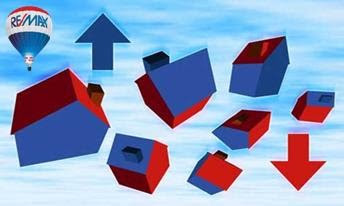 The best way to find new clients is to educate the public about real estate. Potential customers are attracted to agents who educate over those that seem only interested in listing or selling a home. You can really set yourself apart by changing your job from salesman to teacher. In fact, some agents across the country have embraced this theory so much so that they have changed their business cards to say Market Educator rather than Agent or Salesperson. Consumers feel comfortable working with educators because those interested in buying or selling a home are thirsty for knowledge about the market so they can make an educated decision about whether now is a good time to buy or sell based on their circumstances.

Below is a great article to share with buyers and sellers alike. Print it out and attach your business card. Then give it out at open houses, listing presentations, buyer appointments, and leave copies for consumers at local business spots where people are looking for something to read while waiting. Good agents read this kind of material to stay on top of the market. Great agents also use it to educate those they wish to work with to grow their business.

The Tax Credit brought a lot of buyers out last fall and again this spring, which gave a real shot in the arm to real estate. While that heightened volume cannot be sustained, home sales and prices still remain higher than last year due to interest rates at historically low levels and the lowest home prices seen in years. A monthly survey of 54 metropolitan areas reveals that closed transactions in June were 5.6% higher and prices 3.5% higher than during June 2009.

"There's no question, the tax credit has had a significant impact on this market,'' said RE/MAX CEO Margaret Kelly. ''No one can predict the future, and we may still see a slight pull back, but for right now it appears that housing is holding its own, hopefully on the road to a sustainable recovery."

Transactions -- Year-Over-Year Change
Buyers trying to make the closing deadline for the Tax Credit may have pushed sales higher for June with a 7.2% rise from May in addition to the 5.6% gain over last year. Sales were especially strong in the Northeast. Boston and Hartford saw 23% more sales than last year, Providence was up 21% and Philadelphia was higher by 27%. An equal number of metro areas, 27, had increases and decreases in closed transactions year over year.

Median Sales Price -- Year-Over-Year Change
Responding to demand, home prices appear to be stabilizing and slowly inching higher. In the survey's 54 metro areas, the year-over-year change in Median Sales Price was 3.5%, with 27 metros headed up, 25 lower and 2 unchanged. The weighted average of all median sales prices for June was $211, 530. California experienced the most dramatic increase in prices. Median prices in San Francisco rose almost 18% higher than June 2009 levels. Los Angeles prices were 10% higher and San Diego prices were 9% above the same time last year.

Days on Market -- Average of 54 Metro Areas
Besides price, most home owners are concerned about how long it will take to sell their home. For the homes that sold in the survey's 54 metro areas, the average number of days it took from listing to signed contract was 81, slightly lower than the 83 day average in May and the 89 day average of one year ago in June 2009.

Months Supply of Inventory -- Average of 54 Metro Areas
The inventory of homes on the market in June rose slightly from May, up only 1.2%, but was down 5.8% from June 2009. In the survey's 54 cities, the average Months Supply of Inventory was 8.5 months, which remains unchanged from May. This means that at the current rate of sales the average metro would eliminate its inventory of homes for sale in eight and a half months. However, a six month supply is considered a market balanced equally between buyers and sellers.

For specific data on the 54 metropolitan areas in this report or to request an interview, please contact (303) 796-3667.